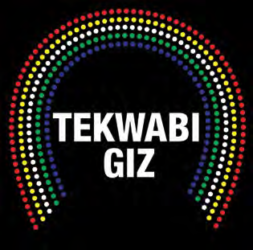 Tekwabi Giz is a national collaboration of people and organisations from Aboriginal, Torres Strait and South Sea Islander descent who are working with LGBTI people across Australia. Tekwabi Giz works in partnership with the National LGBTI Health Alliance, as part of the MindOUT project. They provide advice and support to the Alliance and its member organisations to better work in recognising and meeting the needs of Aboriginal and Torres Strait Islander Australians.

The name, Tekwabi Giz comes from:

TEKWABI: Tiwi Islander meaning “all of us”

Tekwabi Giz is “all of us connected”

The specialist knowledge of the group embeds traditional ways of knowing and culture into a system that still fails to recognise the sovereignty of Australia’s first nations.

The Alliance and Tekwabi Giz are committed to developing and maintaining a genuine and committed relationship that recognises the expert knowledge and wisdom of Australia’s First Nations people.

Tekwabi Giz meetings are funded through core organisation funds and not specific Aboriginal and Torres Strait Islander funding. We aim to lead by example in showing what can be achieved when organisations create strong, genuine, partnerships with the communities they serve.

“My understanding and acceptance of who and where I come from as an Indigenous Person first and foremost, of the fact that I am descended from the oldest surviving civilisations on Earth. I understand that my people have been through struggle and turmoil. I am able to acknowledge, just 200 hundred plus years old culture as opposed to our survival of 40, 60 or 100,000 years and that I can survive if I chose to, my struggle is a part of a bigger struggle – that is who we are as a race of people”- Aunty Vanessa

The Tekwabi Giz Logo was designed by Raymond Zada. The colours (including the white in the negative space) represent the colours of the Aboriginal flag and Torres Strait Islander flag. The dots acknowledge Aboriginal culture; the arc (in the outline of a dhari) acknowledges Torres Strait Islander culture; and the interpretation of a rainbow acknowledges LGBTI culture. The clear space within the logo acknowledges the communities and individuals who are at the core of the work we do; and the reason we come together.

Aunty Vanessa aka Robert Smith is a noongar person of South West of Western Australia, Kaneang people, who are strongly matriarchal. She grew up around strong woman and is very proud of her Indigenous culture having learned her culture and politics through Tranby Aboriginal Cooperative College in Glebe, New South Wales.

Aunty Vanessa is a strong and proud Sistergirl, in her earlier years she was a dancer, female impersonator and performer in Perth.

For 20 years she has been involved in the Indigenous HIV Sector. As the Chairperson of the Gay Men and Sistergirls Steering Committee on the same project under the umbrella of the Australian Federation of Aids Organisations. In more recent times Aunty Vanessa has sat on the Perth Aboriginal Medical Service Board of Directors, having completed two consecutive terms.  She has stepped back this year having not been well but is thinking about having another go in the next round.

She feels very lucky to be still making a contribution at her age, where a lot of her contemporaries are stepping back and making preparations to retire. Aunty Vanessa just doesn’t feel that she can do that with a clear conscious, knowing full well that we have so much more work to do in my relationship with Tekwabi Giz.

Bec has over 20 years in working in Aboriginal and Torres Strait Islander, Sister Girl, Brother Boy and LGBTIQ Communities on local, state and national platforms. She is the co-founder of IndigiLez Women’s Leadership & Support Group, for Aboriginal and Torres Strait Islander Lesbian, Same Attracted and Bisexual women. Rebecca is passionate in leading organisations to build cultural capacity in service delivery and project work. Bringing professional achievements such as Creating Inclusive Services for LGBTIQ service providers in Queensland, LGBTI National Ageing and Aged Care, Queensland Police Service Gay and Lesbian Liaison Officer Program and the development and implementation of the Rainbow Dreaming Retreats in Queensland.

Rebecca is passionate about Social and Emotional Wellbeing in Aboriginal and Torres Strait Islander LGBTIQ, Brother Boy and sister girl communities, with strong partnerships in the Health and Education sectors. She has knowledge and an understanding of urban, regional and remote, establishing her leadership values through a cultural lens. Bec has been awarded the State Pride Award for her work in Aboriginal and Torres Strait Islander LGBTIQ communities in Queensland. Rebecca advocates for the development of meaningful partnerships that recognise cultural responsibilities and cultural protocols.

Taz Clay is a 19 year old Kalkadoon and Bwgcolman Brotherboy.  He is passionate about his culture and wants to educate and encourage the current generation and generations to come in all walks of life.  In 2015 he filmed a documentary with SBS about being a Brotherboy first of it’s kind for the brotherboy community, he also helped organise and run Townsville annual Rainbow Fair Day for Headspace Townsville and was also chosen to be apart of hY NRG (Headspace’s National Youth Reference Group). He also a part of a panel at Anwernekenhe conference which talked about Brotherboys sexual health.  In 2016 he opened and spoke at Headspaces National Forum, consulted and worked on Yarn Safe (a headspace campaign for ATSI people). He also filmed a short video with SBS and FYA for their national youth week film competition and that was aired nationally for Youth Week 2016 on SBS. He attended and spoke at the Queensland Youth Indigenous Leadership Program. In 2017 he was nominated for the National LGBTI Rising Star award, he was also nominated for Queensland Young Achievers award for work done in the ATSI LGBTI youth sector. He helped develop a case study about a Brotherboy for AOD/GP training at Headspace. He also filmed a video with SBS for the Mardi Gras 2017. He is currently consulting with the National LGBTI health alliance regarding ATSI suicide prevention and has been invited to keynote and facilitate various events for youth in the LGBTI and ATSI community. He is also continuing to make educational material/ media for other Brotherboys through radio, tv and articles.

Allison is a Gangulu woman from the Callide Dawson Valley area of Central Queensland and has settled in Melbourne. She has grown up with a strong role model in her Mum who has fought for years for the social justice and wellbeing for her people. Her life has covered a diverse range of experiences from mining to native title. Over the years she has been involved in studies from legal advocacy to community organising. Rebuilding her health and wellbeing after leaving the mines and becoming a mature aged student has helped her understand her place in the world.

Allison is excited to be involved with Tekwabi Giz and help establish a foundation of the collective impact of Aboriginal and Torres Strait Islander LGBTI Brotherboy and Sistergirl across Australia.

Raymond is a Barkindji man who grew up in Marree and Port Augusta, South Australia. In addition to being a self-employed software developer, he is also a practising visual artist and a co-convenor of Moolagoo Mob since 2008.

Raymond is based in Adelaide and committed to fighting for social justice for all. Moolagoo Mob is a social and support network for LGBTIQ Aboriginal and Torres Strait Islander peoples. It exists because our communities are often excluded, ignored, or hand-balled to other organisations when it comes to service delivery.

The potential to affect positive, meaningful change in organisations around Australia is a driving force in working with the National LGBTI Health Alliance. Raymond is proud to sit alongside the well-respected members of Tekwabi Giz; and to combine our experiences and networks to achieve far more together than we could do individually.

Caleb Nichols-Mansell is a proud gay Tasmanian Aboriginal man. His ancestral land is in the north-east however, he is currently living in Burnie on the north-west of the state.

Caleb’s activism begun in 2014 when he participated in the National Indigenous Youth Parliament representing his community. This is where Caleb found his voice and passion to improve the outcomes for both the LGBTIQ and Aboriginal community he belongs to.

Caleb sits on a number of boards and advisory reference groups including the Ally Network Leadership Group at the University of Tasmania, ANTHYM – the Aboriginal and Torres Strait Islander HIV Youth Mob and Tekwabi Giz.

Currently, Caleb works full-time as the Aboriginal Student Success Officer at Riawunna, within the Academic Division at the University of Tasmania.

MindOUT facilitated the Courageous Voices LGBTI Mental Health Conference in Sydney. Meeting occurred at conference on how the Alliance could potentially support Aboriginal and Torres Strait Islander LGBTI people, as it was identified that there needed to be a national space talk about issues, and for community members to receive leadership training and guidance, in particular regarding to Sistergirls and Brotherboys

Discussed the goal to bring together a smallish workgroup of knowledgeable, skilled and connected Aboriginal and Torres Strait Islander LGBTI people. Groups who were able to come on board were:

This roundtable inform the thinking of the National LGBTI Health Alliance around where, when and if it is appropriate and welcome for the Alliance to support in and with the delivery of services to Aboriginal and Torres Strait Islander LGBTI, Sistergirl and Brotherboy people and communities to represent different regions and identities in this group.